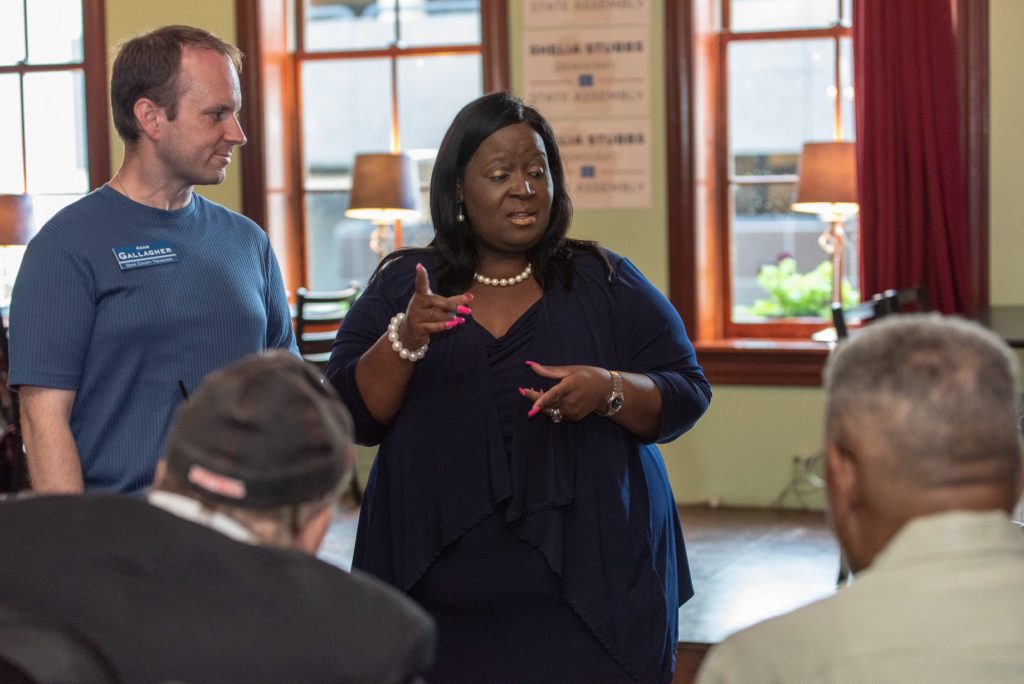 Dr. Alex Gee sits down with County Supervisor Shelia Stubbs to her story of community leadership and how she sees the power of Black voters changing politics. Shelia is currently running for State Assembly in a historic race, with the primary on August 14. Hear how she plans to be the first person of color to be elected to the Wisconsin State Capitol. Shelia will inspire you to be involved in your community and be civically engaged in order to make a difference locally. Dr. Gee and Shelia discuss the recent American political climate and how black voters are positioned to shift the vote.

As an advocate, a neighborhood organizer, and an elected official Shelia Stubbs has helped enact criminal justice reform, created programs to involve young people in social change, championed initiatives to clean up Madison’s lakes and streams, fought for safer neighborhoods where all children thrive, increased funding for services for seniors and people with disabilities, worked to elect strong progressive candidates to office, and collaborated to bring expertise from the University of Wisconsin into the broader community. Shelia has been re-elected six times as the Dane County Supervisor.

Dr. Alex Gee welcomes Lisa Sharon Harper to the show to talk about her genealogy research and her commitment to speak truth into American history. You don’t want to miss Ms. Harper’s passionate insight into our current political and religious landscape.

A prolific speaker, writer and activist, Ms. Harper is the founder and president of FreedomRoad.us, a consulting group dedicated to shrinking the narrative gap in our nation by convening forums and experiences that bring common understanding, common commitment, and common action toward a just world. 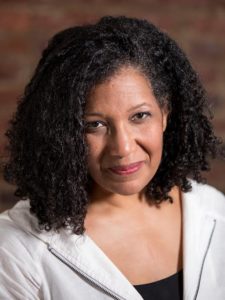 Ms. Harper is the author of several books, including: Evangelical Does Not Equal Republican…or Democrat (The New Press, 2008), Left Right and Christ: Evangelical Faith in Politics (Elevate, 2011), Forgive Us: Confessions of a Compromised Faith (Zondervan, 2014), and the critically acclaimed, The Very Good Gospel: How Everything Wrong can be Made Right (Waterbrook, a division of Penguin Random House, 2016).

Jerome Dillard has more than 20 years of experience working with formerly-incarcerated people, and with people in prison.  He is a founder of Voices Beyond Bars in Madison.  Jerome has worked for the Wisconsin Department of Corrections, and has most recently been the director of re-entry programs for Dane County.

You can find out more information about ending mass incarceration in Wisconsin at ROC Wiscsonsin.

Dr. Alex Gee talks with Aaron Hicks, Nehemiah Assistant Director for Reentry Services, about his powerful story of incarceration and re-entry into society. Aaron shares his first hand experience of coming through the mass incarceration system in Wisconsin. Dr. Gee and Aaron discuss the impact of the Man Up program and the tremendous work Aaron does to encourage men of color in the re-entry process.

This past weekend, I spent time in my new role as a part time Adjunct Professor for Law and Partnerships 735 in the Edgewood College Doctoral Program. I had a lot of things to share about. Here’s a couple quotes. Check out my video for more!

“If the public squares function like private squares, then how do they really influence society? True community change for institutions begins with the individual’s understanding of where are they lacking, and where do they need stronger partnerships and relationships.”

“We’ve got to help individuals understand their needs for partnerships before they can lead a major institution into a partnership.”

Stay with me, please. I am not attempting to commit the civil rights equivalent of the unpardonable sin. I wish to make a point.

My love for MLK is undeniable.

I admired King on television as a child. I remember being sent home from kindergarten on Chicago’s westside the day he was assassinated. I watched the flames of looted buildings from our third floor apartment building windows as grief stricken (and some opportunistic) people torched Chicago’s busy streets.

“Who will lead our marches now?”

“Who could challenge local, state and federal leaders now?”

“Who’d fill the shoes of assuring our dignity and legacy as Black people now?”

“He was so articulate!”

“He could speak about voting rights for Black and still voice our ‘American’ concerns about the Viet Nam War!”

The world paused in mourning…and the hyperbole began.

END_OF_DOCUMENT_TOKEN_TO_BE_REPLACED

For those friends who have not allowed past hurts to slow you down and make you a “victim” . . . what motivated you to be strong?