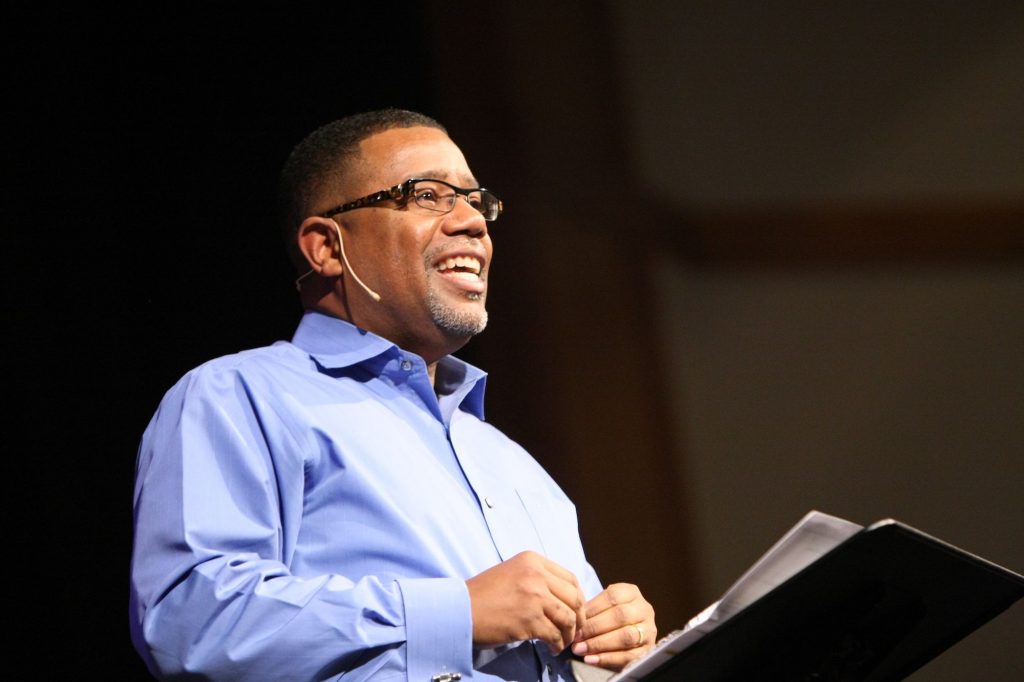 Over the past three decades Dr. Alex Gee has served as an advisor to leaders from around the world. His sage wisdom and incredible insight into individuals and systems has gained him influence with leaders from civic, corporate, non-profit and academic sectors as well as entertainers, governmental leaders and dignitaries.

Dr. Gee is the Lead Pastor of Fountain of Life Covenant Church, a multiracial, multigenerational and multi-class congregation in Madison, WI. He is the most tenured Senior Pastor in the entire city. In 1992, he also pioneered The Nehemiah Center for Urban Leadership Development, a non-profit organization that inspires, develops and mobilizes emerging African American leaders to become partners in revitalizing and transforming our community. These two organizations work together to reveal grace and hope in every sector of the community. He is passionate about promoting inspiration, transformation and justice for disenfranchised African American people, for the benefit of the entire city.

Most recently, Gee has nudged his local community to rethink racial disparities in Madison, WI, by launching an incredible citywide movement called Justified Anger, named after a stirring front page essay he wrote about his experiences growing up in Madison as a Black man. This movement has gained Gee national attention for this work. Gee assembled an impressive team of African American influencers from local businesses, The University of Wisconsin, community agencies and churches, to create a comprehensive framework called “The Our Madison Plan”, designed to unify Madison’s divided communities. Gee’s recent efforts have created historic gatherings and has mobilized over 1,000 non-black allies into the community. Gee’s non-profit was recently awarded a major grant from the UW-Madison School of Medicine & Public Health for continuing its work in addressing health disparities among African Americans in Wisconsin. Over the past five years, Gee’s efforts have included educating, coaching and mobilizing white allies, as well as building capacity and networking opportunities for Madison’s Black emerging leaders, in order to build social cohesion that will lead to the creation of sustainable solutions for addressing our problems together.

In recognition of his efforts, Dr. Gee has received numerous honors that range from The City of Madison’s Rev. Dr. Martin Luther King, Jr. Humanitarian Award in 1994, to being invited to offer an inspirational message at the White House for President H.W. Bush’s staff. In 1995 the Madison Community Foundation honored him for his “Outstanding Contributions to the Community,” and he has been saluted by the Wisconsin-State Journal as one of the “Ten Who Made a Difference.” In 2009 Reverend Gee earned his Doctorate and his dissertation title was: Rediscovering Leadership Development Strategies for Fatherless African American Males. In 2015, he was named by Madison365 as one of the 28 most influential African-Americans in Wisconsin. He is a published author of two books, an adjunct faculty member, a podcast host, Spiritual Life Coach, and he is proud to be the husband, brother, father and son of UW-Madison graduates.